Here’s the link to the Amazon listing of the revised edition of “Death Sentence.”

On a cold day in November 1971, John Emil List, mild-mannered accountant, Sunday school teacher, mama’s boy, methodically murdered his wife, teenaged daughter, two teenaged sons and his aged mother in the family’s crumbling Victorian mansion in Westfield, New Jersey, a bucolic town on the train line to New York City. And then, after leaving behind a long, self-pitying confession letter to his pastor, in which he stated that he had killed his family to save their souls from a modern world and to save them from temporal poverty, List calmly fled, leaving the five bodies behind in macabre poses.

Astonishingly, even though the children all were absent from school, the bodies lay in the house for almost a month before they were discovered, giving List copious time to cover his initial tracks. 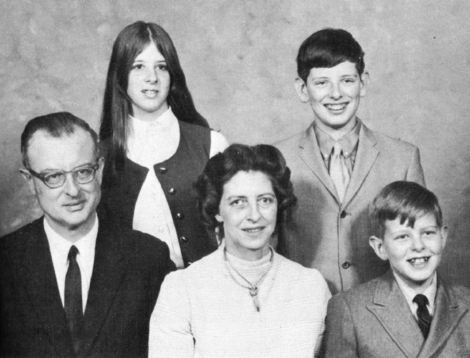 Then, gradually, like a photograph that begins to emerge in a developing tray, the outlines of John  List — now calling  himself Bob Clark — began to come into focus in his new location, Denver. Despite a nationwide FBI alert, List wasn’t captured till 18 years later. That was when a suspicious neighbor saw an old story about the case in a supermarket tabloid and later, fearfully, made a phone call after the old story was reprised on the “America’s Most Wanted” television program.

In Denver, Michigan and New Jersey, I carefully traced List’s movements from his childhood to the murders in 1971 and then through his capture, in the original 1990 edition of “Death Sentence.” In the revised e-book edition, to be published on January 17, 2017, I include new reporting, including a hard-nosed assessment of an atrocious self-published book that List wrote in prison in collaboration with a fanboy ex-CIA agent, Austin Goodrich. In that vanity-published book, which had the even more atrocious title 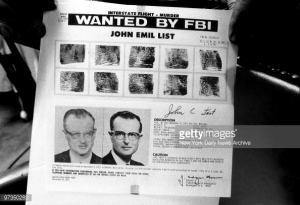 “Collateral Damage: The John List Story,” List outrageously used the excuse of post-traumatic stress from his very limited experience in World War II to justify his cold-blooded, carefully planned murdering of his wife, three children and his mother. He suggests, furthermore, that they had it coming. 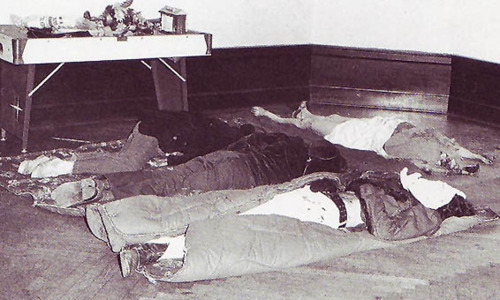 As a reporter who was fascinated by John  List and by the environment that allowed him to could commit such a shocking crime and then vanish seemingly without a trace, I never bought into the conventional wisdom in other writings about, and psychological assessments of, John List as a “victim” of various sorts of diagnosable mental illness.

I believed then, and I continue to believe, more than a quarter century after I first began my work on this case, that List — greedy, selfish, pious, enormously entitled in his belief that the world owed him a living — was an embodiment of evil. If it can be said that a person is evil, it must be said about List, who died in prison in 2008.

I end my new epilogue in the revised edition of “Death Sentence” by paraphrasing a famous line from Moms Mabley, the groundbreaking black comedienne who was famed on the so-called chitlin circuit: “You’re only supposed to say good about the dead. He’s dead. Good.”

Here’s an excerpt from a review of “Death Sentence” on Amazon:

” … Sharkey has produced a true crime masterpiece. He has chosen a highly interesting case. The often boring police work and courtroom scenes are brief and serve as necessary parts of the story rather than, as is too often the case with lesser writers, tedious filler.
Sharkey’s background research of the main players as well as his thoroughness in detailing the elements of the crime are admirable and as a result the book is an excellent read. Sharkey’s writing is excellent and he does not feel the need to use signposts to tell us what to think nor does he use the irritating colloquial/dramatic style often used even by decent true-crime writers. Sharkey writes reportorially, simply and intelligently for intelligent adult readers….”