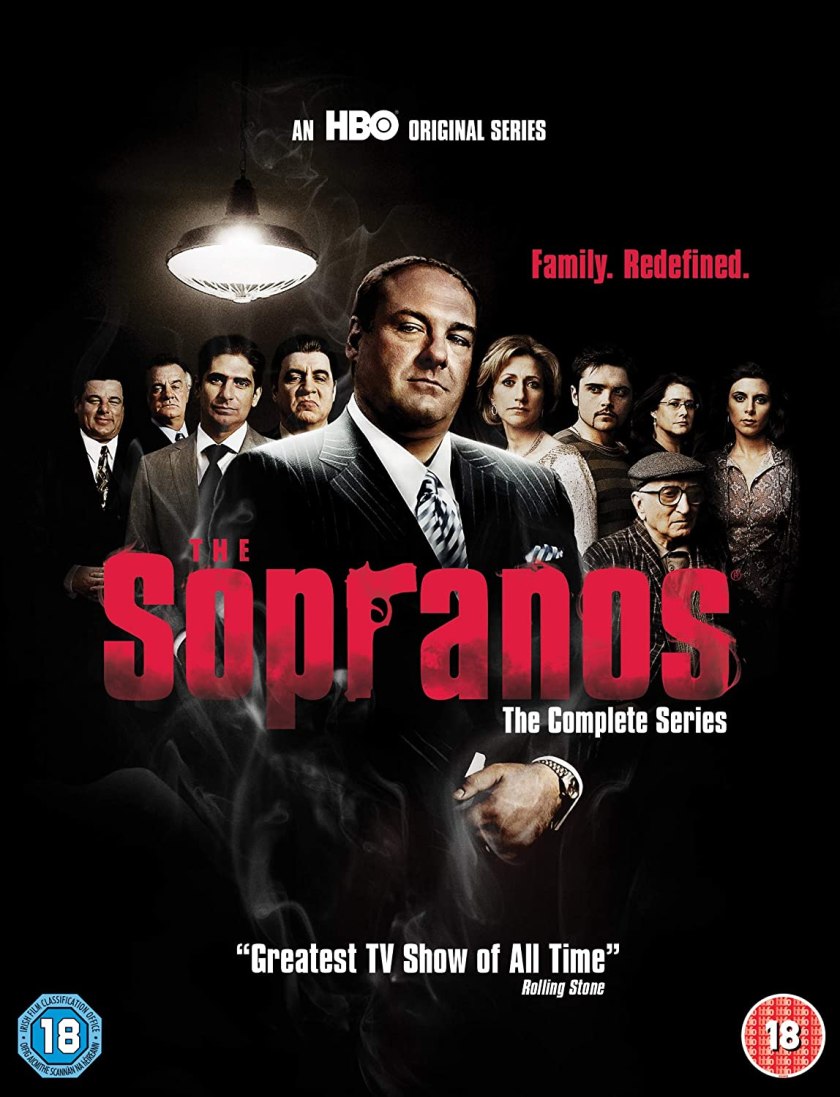 Life with the Mafia
In Popular Culture, the Mob Refuses to Sleep With the Fishes
Joe Sharkey
November 22, 2021

“Just when I thought I was out, they pull me back in!” growls Al Pacino as the infuriated Michael Corleone, an aging ex-Mafia boss dragged out of retirement back into the bloody mob world in Godfather III, the last and by far the least of the Godfather movies directed by Francis Coppola.

I don’t I recall how I first got involved with the Mob, which has held my professional interest for some time, and still does. I used to be a newspaper reporter and columnist in Philadelphia and then New York, where you definitely ran into a few Mafia guys on the job. Later, while working in New York, I co-wrote a Mafia-themed novel, “Lady Gold,” with Angela Amato, a hard-charging former New York Police Department detective who was assigned to spend a dangerous but thrilling year undercover in the 1990s, pretending to be the girlfriend of an up-and-coming wiseguy who had secretly turned informant in the Gambino family when John Gotti was the boss. The book was fiction, but basically the story was true, though it was written with the luxury of being able to make up characters and dialogue.

In the non-fiction world, I also spent a little time on a book proposal about a high-ranking hit-man from the Philadelphia mafia, Tommy Delgiorno, who had turned informant and fled into the federal witness protection program in the 1990s, and was living affluently, if warily, in an expensive house with his wife and son alongside a country-club golf course in the South. He was disconsolate there because, like most mob guys who went into hiding, he missed The Life.

I spent a few days there, talking at length with Tommy, a stone-cold killer who also happened to be a hilarious raconteur, even when he was telling me how he and an accomplice, acting on orders, shot to death an unfortunate fellow henchman in his living room in South Philadelphia, but first rolled him up in a rug “because his wife had just had the floors done.”

As it turned out, the planned book met its end (so to speak) because all of the other big mob guys were telling their stories back then. For example, Salvatore (Sammy the Bull) Gravano, John Gotti’s underboss in the Gambino family, ventured out of the witness protection program to work with Peter Mass on the 1997 book “Underboss: Sammy the Bull Gravano’s Story of Life in the Mafia.”

Still, the busted-book-proposal experience helped to solidify my fascination with the Mafia, that terrible but intriguing American beast of myth and lore, of fact and fiction that braided together and feasted on one another.

I was always surprised, by the way, to learn how Mafia fiction often was firmly anchored in fact. The late Mario Puzo, who wrote “The Godfather,” the source novel for Coppola’s movies, later confessed that he had never actually met a member of the Mafia until after his book, which he said he wrote “to get out of debt, was published in 1969. “The Godfather,” a romantic sweep through the multi-generational landscape of a Mafia family from Sicily, into the throbbing tenements of Lower Manhattan, and into the tumultuous and fabulously profitable criminal heyday from the 1950s onward, when the Mafia swaggered through a popular culture punctuated with screaming tabloid headlines.

Actual mob guys loved, and some even modeled themselves as romantically depicted in, “The Godfather” I and II. They ridiculed “Godfather III,” just as some regular people in New York City audiences in 1990 actually cheered when Sofia Coppola’s Mary Corleone (Sofia, who went on to become a great director, was in fact dragooned unprepared into the thankless role by her father), is shot to death on the front steps of the Palermo opera house, indicating to the cynics that the overwrought three-hour melodrama is almost over.

The movie that many actual mob guys thought captured the life best was “Goodfellas,” Martin Scorsese’s riotous, bloody 1990 romp through mob street life in New York, with a screenplay based on a true story, by Nicholas Pileggi. Around the same time, “My Blue Heaven,” an absurdist romantic comedy on mob life and the weird social and cultural disconnection mobsters experienced in unknown places within the witness protection program, came out — with screenplay by the late Nora Ephron, who was married at the time to Pileggi.

By the late 1990s, however, the actual Mafia was over. It had run its course as a hierarchical gangster organization whose families were bound together with blood oaths and shared ancestry in close-knit communities. The talkative informants in the federal witness protection program put a hit on omerta, the fabled old code by which mafiosi kept silent under penalty of an very unpleasant death. The formidable federal law called RICO (Racketeer Influenced and Corrupt Organizations) freed prosecutors to convict wily and formerly untouchable Mafia bigshots as organizers of criminal conspiracies.

Yet the myths lived on, and on.

There was, of course, “The Sopranos,” (1999-2007) the often brilliantly written HBO saga of what was presented as a North Jersey Mafia family, which overlooked the fact that the old real North Jersey mob, the DeCavalcante family, was basically muscled out by heavy hitters from the Genovese, Lucchese and Gambino families across the river in New York and even by some heat from members of infamously brutal Philadelphia Mafia family run in the 1980s and early 90s by the cocky, hot-tempered Nicodemo (Little Nicky) Scarfo, whose main interest was criminal enterprise in Atlantic City and the rest of South Jersey.

Tommy Delgiorno, my acquaintance in the witness protection program, the former hitman in the Philadelphia Mafia, disapproved mightily of the hotshot style of Nicky Scarfo, who he helped send go prison with his testimony as a federal informant.

He told me: “Scarfo always wanted his name in the paper. He got mad when somebody else’s name got in the paper. Now, Scarfo didn’t have no taste, but he would always dress up in expensive clothes. He’d be in a restaurant and, like, there’d be six or seven of us at the table. He’d talk real loud, start making sure people were noticing he was there. He would curse, too, almost to a point where you got embarrassed, because I didn’t like the cursing. Mentally, there was a guy probably should have seen one of them psychiatrists, but of course he didn’t.”

Scarfo is of course remembered in the Mob Museum, a wonderful tourist attraction and serious repository of Mafia lore that opened in 2012 in the former federal courthouse and post office in downtown Las Vegas. That courthouse was a site in 1950 of one of the series of so-called Kefauver organized crime Senate hearings held in 14 cities around the country that first brought national attention to a secret, violent and enormously powerful criminal society, rich with ritual and complexly organized, known as the Mafia or, more colloquially “La Cosa Nostra” (“the thing of ours”.)

The Mob Museum’s summary of the Philly mob boss says that “two of Scarfo’s thugs, Nicholas (Nicky Crow) Caramandi and Thomas (Tommy Del) Delgiorno, who believed they were in danger from the violent Scarfo for what they knew, went to the feds, agreed to tell all and testify … The feds hailed Scarfo as the first La Cosa Nostra boss to be convicted of first-degree murder.”

If you want to go down memory lane with the mob as it was, and as it was in the movies, the Mob Museum in Vegas is your ticket into the past.

But there’s also the present. There was a new movie this fall, “The Many Saints of Newark,” presented as the “prequel” to “The Sopranos.” It starred Michael Gandolfini (the son of the late James Gandolfini, who played the modern Tony Soprano in the HBO series) as the young Tony in the 1960s and 1970s.” It got poor reviews.

There is a book, “Woke Up This Morning,” that’s all about the HBO series. It’s written by two cast members from the show, Michael Imperioli, who played Tony’s nephew Christopher Moltisanti, and Steve Schirripa, who played Tony’s eventual brother-in law Bobby Baccalieri. The book debuted as No. 6 on the New York Times Book Review nonfiction best-seller list this week. Such ios the state these days of the best-seller lists.

Or you could go to the swamplands of New Jersey, infamous in fiction — and reality — as dumping grounds for mafiosi who have a need to dispose of a body. In late October, according to The New York Times, the FBI did a “site survey” at a former landfill underneath the Pulaski Skyway (a Jersey landmark that’s shown in the opening montage on each episode of “The Sopranos,” incidentally). The FBI is looking once more for the body of … Jimmy Hoffa!

The latest tip on Hoffa is based on an apparently credible deathbed confession to a relative by a former worker who said he buried the body of the long-missing union boss in a steel chemical drum in the dump, which was long known as a toxic hazard site. Hoffa, the tough-guy, corrupt head of the powerful Teamsters union, has been missing since he mysteriously disappeared in 1975 after a meeting in Michigan with a Mafia boss that apparently did not go well.

If Hoffa’s body does in fact turn up in a steel drum buried 15 feet underground in a former toxic dump, it will support experts who criticized the interminable 2019 Martin Scorsese movie, “The Irishman,” adapted from a much-disputed book by a Hoffa pal, Frank Sheeran, who said he personally shot Hoffa to death in Michigan and incinerated the body.

So yes, there’s still another search for the body of Jimmy Hoffa. Maybe the mystery will be solved, and a new movie will be made about the Mafia’s role in a 1975 disappearance.

Because, to paraphrase William Faulkner in a different context, and apply it to our cultural fascination with the legendary American Mafia: “The past is never dead. It’s not even past.”


Write a comment…
© 2021 Joe Sharkey. See privacy, terms and information collection notice
Published on Substack
The Sharkey Column is on Substack – the place for independent writing